March 08, 2013
Real and fearless women stand up and use their voices for things other than self promotion- (Gabrielle Union actress)

This morning I woke up, no water on the compound! I ran downstairs, they didn't have any either, ok then, Few minutes later the electricity decided to follow the water, I said to myself, well well what is really going on! I decided to check my messages, I was supposed to get an answer for an opportunity to finish my Phd with a woman supervisor who is well known in the field, I checked it and the answer was  a big fat NO! I was also hoping a friend of mine contacted me after we had a conversation yesterday, he didn't! So I checked in to the pity party!! Then I remembered I have to attend this International Women's Day celebration! well that certainly put every bloody thing into perspective

In steps Juliet – The Survivor, 23, Juliet is a former abducted girl from Pader District, northern Uganda. She spent about seven years in the bush after being kidnapped by the LRA when she was 11.It happened during holidays in 2002. ( I said 2002, not 1902) They just came abruptly in the morning at about 11am when she was inside washing some clothes. They forced her to go with them. She was taken to live with one of the commanders and two other girls aged 12 and 13 and served as a ‘housewife’ for them. She said, the worst part was walking everyday from 7am until 6pm. Walking to avoid the UPDF(the Gov't's Army) from attacking them. They were always on the move. Everyday they had to carry everything and moved to Sudan and spent some years there, and also went to the DRC (Congo) before coming back to Uganda. When she was 19, she was shot by the UPDF. She was taken to Nairobi for treatment. That was when she managed to escape. Her story is not unique! It is actually one of the better ones that I have heard! 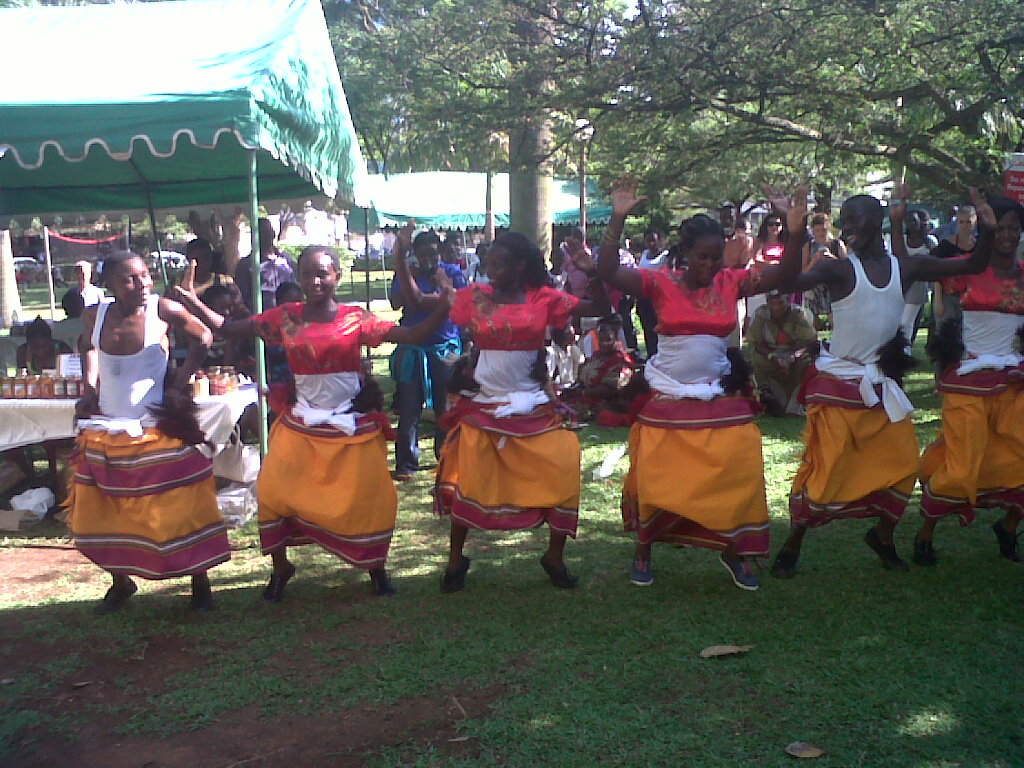 The celebrations were great, there was dancing, singing, fashion, food just celebrating these awesome women who braved all sorts of conditions to tell their story and guess what? Not one of them was moaning, complaining, bitter, just grateful to be alive and to get to see their family, to go to school and be free!!!

Give thanks and breathe it in, because you are blessed!

Popular posts from this blog

January 24, 2020
Rather than think about what you have to do to change a situation, consider what the situation might be doing to change you. How it might be seasoning and transforming and growing you. You are not responsible for everything and everyone. Allow that as a possibility. Jessica Dore


There are some situations that are simply in your life showing you how to shift, how to be flexible, to grow, to transform.
You long for change, yet you cling so to the familiar.
You are so afraid of what you think you will lose.
You are even afraid to lose the things you don't want.
The familiar becomes your family, regardless of what it is.
let's redefine "lose"
I define lose as opening up to a new possibility
The day I stopped saying that I lost my house, lost my marriage, lost my mind, things shifted for me The shift has to start inside How we define and relate to the circumstances in our lives transforms how we act.
I started asking myself different questions - what am I learning? What am I display…
Read more

your light is extraordinary

September 12, 2015
even if you are a small forest surviving off of moon alone. your light is extraordinary. — reminder. nayyirah waheed.
I finished eating the plate of posho and spinach. She asked me, “Why do you play small?”  my first reaction was that she was talking about my weight. I responded, “I play small because I work out” and I chuckled.  She gave me a blank stare! “Do you know that you have a responsibility to yourself, to your ancestors, to your spirit?” Ok now it was getting serious, now it was time for me to pay attention.  “What do you mean?”  “It is your responsibility to excel, to glow, to do what you know you can do. “It makes no sense holding it all back! What are you saving it for? Why do you give one single thought to what other people think? Those who are for you and what you stand for will remain, the rest are passing through on your journey, leave them, and continue along your path! Please, honour your responsibilities, your purpose and your ancestors. There is no way that you wil…
Read more

When the time comes for us to move on, the Universe will make us so uncomfortable , it will make us wake up, it will give us signs and signals whether we pay attention or not.
Look at nature, there are seasons, there are times for rain, time for sun, time for the poui flowers, time for the sun to shine, and the moon to be full.
Human love sameness and control, especially when there are unhealed wounds or stuff backed up that was not healthily released
so we want sameness, we want to know what time this happens, what time that happens, we want to hold on for dear life, we want the cycle to last forever
Newsflash - it really doesn't work that way
Everything is fleeting
Everything is for a time,
Everything is for a season
Know when it is your time to start, when it is your time to move on, it is your time for a change
It really will be okay in the end
Peace

Akosua Dardaine Edwards - Author. Speaker.Coach
This blog is reflects the lessons and stories of Akosua Edwards, proud Trini, on her travels throughout the world in service of women entrepreneurs. Presently, she is living and working in Uganda, East Africa.